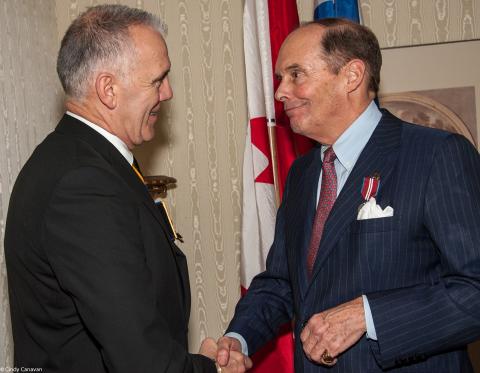 On Monday 11 December 2012, the Vimy Foundation held a Diamond Jubilee medal ceremony at the offices of the Macdonald Stewart Foundation in Montreal.

2012 marks the 60th anniversary of Her Majesty Queen Elizabeth II’s accession to the Throne as Queen of Canada. The Queen Elizabeth II Diamond Jubilee Medal is a tangible way for Canada to honour Her Majesty for her service to this country. At the same time, it serves to honour significant contributions and achievements by Canadians

Lt. Gen. (Ret.) Michel Maisonneuve awarded the medals to the 11 recipients that provided early and critical assistance to the Foundation

Congratulations to all of them. займы онлайн без залога