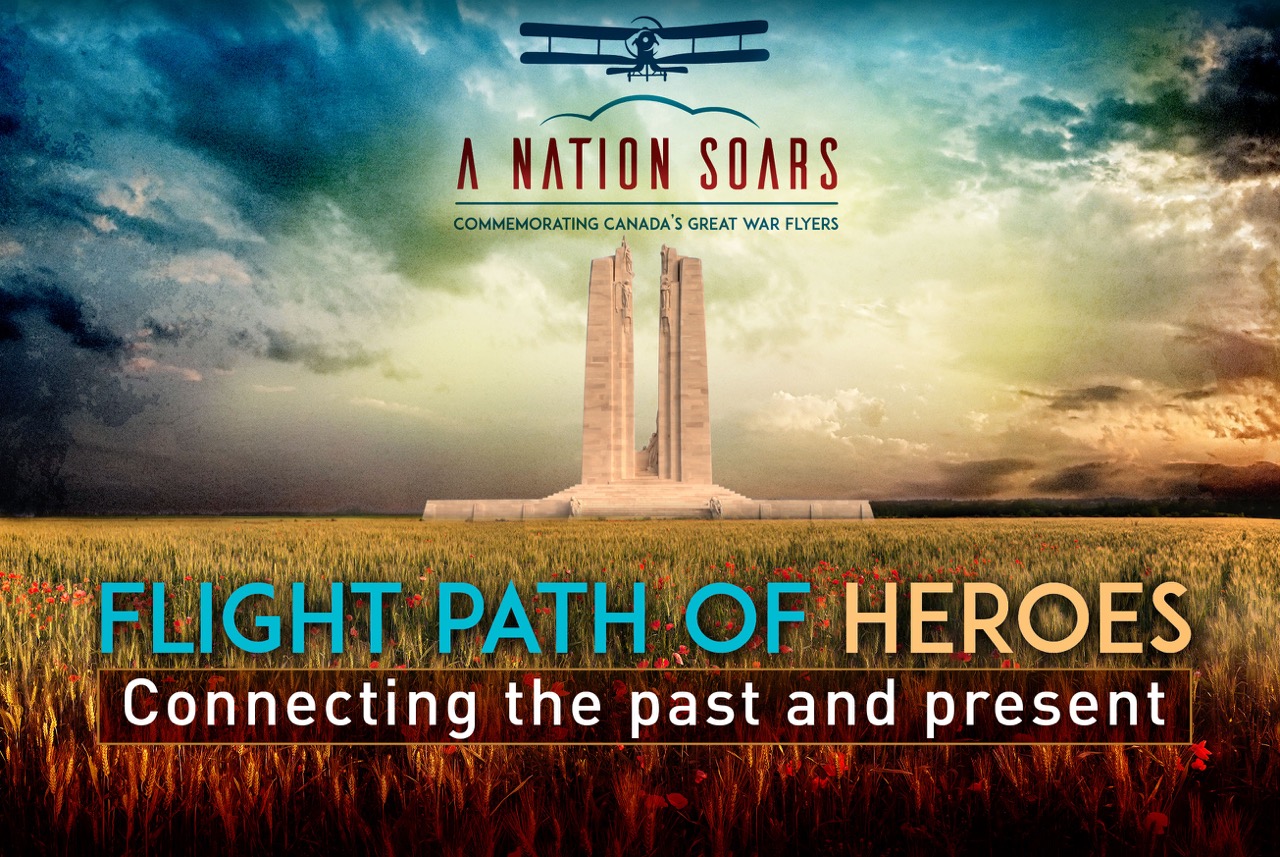 A Nation Soars is a trilogy of documentaries narrated by Dan Aykroyd and accompanied by a suite of educational initiatives that explore how aviation changed the course of the First World War, such as its vital part in Canada’s nation-defining victory at Vimy Ridge.

Produced by Sound Venture Productions and The Royal Canadian Geographical Society in collaboration with a number of key supporting partners, the documentaries — Drawn to Victory, Wings of Courage, and Flight Path of Heroes — highlight the lesser-known, distinctly Canadian aspects of the war.

From the early days of flight in 1914 to the aerial photography that produced the battle-winning maps of Vimy Ridge, A Nation Soars offers a fascinating and refreshing look at Canada’s part in the Great War.

The final episode of the series, Flight Path of Heroes, will broadcast Friday, 10 November 2017 at 21:00 EST on the CPAC channel.

The three-part series will then be re-broadcast in its entirety on the following dates:

CPAC is the only national media organization focused exclusively on Canadian politics. CPAC is available
in both official languages across Canada on basic cable and satellite TV, on the web at cpac.ca and on
the CPAC TV 2 GO mobile app.