The first instalment of this limited series, in collaboration with Defining Moments Canada, explores the 1918 Influenza Pandemic through the lens of Canadian military personnel of the Great War. This conversation between Kandace Bogaert (PhD in medical anthropology) and Caroline Tolton (Vimy Foundation program alumna) will look at Canada’s pandemic reality over a century ago and how it informs our current reactions to the Covid-19 crisis.

Mentioned in the Webinar

Howard Phillips, one of the most prominent 1918 flu scholars, who started his research in the 1980’s, has recently written that without the 1918 influenza pandemic, there might not have been an allied victory in the war – that based on the timing of the pandemic’s arrival in different military forces, if the German army hadn’t been stricken with flu in the fall of 1918, the allies might not have secured the armistice when they did. But not everyone agrees – some military historians don’t believe that the flu had any impact, for instance on the last hundred days campaign of the Canadian corps – so often you won’t see any mention of flu in military histories. Here’s a link to Howard’s article if anyone is interested in reading more about this.

Here is a link to Kandace Bogaert’s article for Defining Moments Canada on the epidemic at the Polish Army Camp at Niagara on the lake.

Join the conversation: watch The Last Days of Okak directed by Anne Budgell and Nigel Markham, and produced by the National Film Board of Canada. This short documentary tells the story of the once-thriving town of Okak, an Inuit settlement on the northern Labrador coast that was decimated by the deadly Spanish influenza during the world epidemic of 1919.

The Last Days of Okak, Anne Budgell & Nigel Markham, provided by the National Film Board of Canada

The Last Days of Okak is part of the NFB Inuit audiovisual legacy initiative, Unikkausivut: Sharing Our Stories. The National Film Board of Canada in collaboration with the Inuit Relations Secretariat of Indigenous and Northern Affairs Canada and the Government of Nunavut, Department of Education, and with the support of Inuit organizations, has selected more than 60 films from its collection, the most important worldwide, that represent all four Canadian Inuit regions (Nunatsiavut, Nunavik, Nunavut and Inuvialuit), some available in Inuktitut.

The Inuit have a long and vibrant tradition of passing tales and legends down from one generation to the next using visual arts and storytelling. For the past 80 years, the National Film Board of Canada (NFB) has been documenting life in the Arctic through the production of films by, and about, the Inuit. The NFB’s collection of more than 100 documentaries and animated films represents a unique audiovisual account of the life of the Inuit—an account that should be shared with, and celebrated by, all Canadians. For more films, click NFB.ca 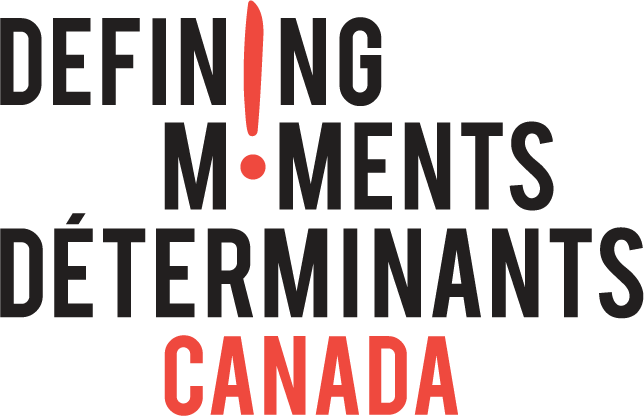 Defining Moments Canada, is dedicated to equipping teachers, students, and the Canadian public with the tools and resources necessary to curate stories in a 21st century learning environment. As new challenges force many to take their learning online, they are adapting to better support you working and studying from home. They have led a digital commemoration of the 1918-19 Influenza Pandemic, encouraging participation from schools, museums and community partners across Canada. (https://definingmomentscanada.ca/the-spanish-flu/) This innovative project is designed to engage Canadians in rich historical inquiry and establish connections for the twenty-first century that extend far beyond the family, classroom or community. Their website contains an extensive collection of academic research, popular writing, digital assets and learning resources on the 1918-19 Pandemic available to Canadians.

Explore the 1918-19 Influenza Pandemic through the lens of one of our many thematic perspectives.

Get up close and personal with a wide range of micro-histories from across Canada: short histories on various individuals, groups, and cultures and how they were impacted by the pandemic.

Find lesson plans developed by educators from across the country.